 5/5
Get An Instant Quote
Menu

Here is an honest review about my new favorite WordPress Hosting Company, SiteGround.

I have been developing websites for clients for about 20 years. I used to recommend Godaddy and Bluehost to my customers for their WordPress websites. It just seemed easy since most of my customers had their domain names through Godaddy. Since I had a love hate relationship with Godaddy, I decided to use Bluehost. Over the course of 4 years, I noticed my server space was slowly being eaten up and the site load time increased more and more.  It was to the point that I noticed running a speed test with GTMetrix, that it was taking the about 2.9 seconds to even talk to the host before it would even load the page!

I decided to move all my sites over to SiteGround and that same initial time to talk to the host is about .6 seconds. That is huge!  The entire load time for each page now takes about 1.9 seconds compared to 4.9 seconds using the same exact files when testing this comparison.  When I originally made these comparisons, I was using the lowest “Start Up” package from SiteGround for $11.95 per month compared to the VPS (Virtual Private Server) with Bluehost for $29.99 per month.  After I did my tests, I signed up for their highest package called Go Geek, Regularly $34.95. I also found the load times were about the same compared to their lowest “Start Up” package.

Earlier, I mentioned that the space was being eaten up (I was not using it for email) and I was limiting the number of backups as well.  Bluehost said I was at 83% capacity on the 30 gig plan I had. I moved every single file over to SiteGround with the same size plan of 30 gigs.  I am only at 17% capacity!  Why was it different with the same exact files and sites?  I have no idea.

Several times I called to see if Bluehost could troubleshoot why it was loading slow.  I also asked about the server file size issue and they could never figure it out.

There are a few other great WordPress hosting companies but Siteground is priced comparable to Godaddy and Bluehost. I would highly recommend them. If you want to give it a shot, please do. But please keep in mind I loved it so much that I signed up to be an affiliate so I will make a small commission if you sign up using one of my links.  They do offer a special promotional price when signing up of about 66% off your first order.  You do not need a coupon. Just click the logo below. 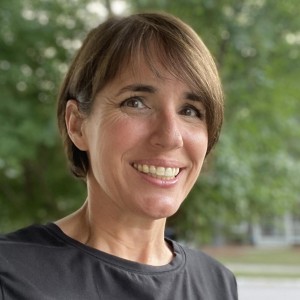 Jennifer Ray
Jennifer Ray is the creative director and founder of Redwood. She is an expert at custom web design, WordPress development, digital marketing, UX design, local SEO, branding & graphic design. With 20 years of experience, Jennifer brings an unmatched level of expertise to her clients in the Raleigh & Wake Forest area.

I'm Ready To Get Started!